May 15, 2017 In Blog, Our Two Cents
FacebookTweetLinkedInEmail 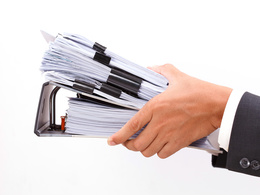 In recent weeks, President Trump’s administration published its tax reform goals, which resulted in much discussion and little clarity. The goals, which have not yet been translated into bills, would double most people’s standard deduction, eliminate many itemized deductions, and retain deductions for home mortgage interest and charitable gifts.

Based upon what has been presented so far, here are my insights:

* The tax reform might simplify some things for high-net-worth wealth-holders, but it will not be hugely beneficial in terms of absolute dollars. Contrary to the beliefs expressed by so many on the opposing side, I do not believe the reform is a scheme to protect the nation’s rich. In fact, it appears to expand the tax base, which is the absolute dollar amount upon which tax rates are applied.

In fact, paying less (percentage-wise) on more income may well result in tax increases for wealth-holders in states with high tax rates. In California, the top State rate of 13 percent added to the top Federal tax rate of 35 percent still results in an almost 50 percent tax rate. (In other words, these earners work thirty minutes of every hour for the government.)

* The rhetoric speaks of reducing corporate taxes to 15 percent for businesses that report their income on the owner’s tax returns (like S-Corps or LLCs). The devil will be in the detail, however. It is unlikely that reductions in business tax rates will be unaccompanied by changes related to business deductions. In other words, the government usually finds a way.

* Finally, the proposed rhetoric would kill the estate tax, but without a “step-up in basis” like we have now, heirs will pay income tax when their estates turn into cash. This might create even more tax receipts than under the current system whereby inheritors receive a “step-up in basis,” meaning they do not pay capital gains tax on the appreciated value of inherited assets (assuming the estate is fully exempt). With an elimination of the “step-up in basis,” heirs might pay capital gains tax when they sell inherited assets.

Frankly we don’t know what tax reform will look like yet. Remember, too, that the President can propose legislation, but Congress is ultimately responsible for negotiating and approving legislation.

As these proposals progress, we will follow them, remembering to reserve our final opinions until more information is available and reform is closer to completion.

I have been a tax person for more years than I like to admit, and I am never afraid of tax reform. One way or another, it is almost always good for businesses at the onset. The press, as well as the politicians responsible for passing legislation, rarely understand the full implications of tax reform, and they unintentionally open new loopholes. For now, know that their conversations generally lack insight. If you are confused, scared, or just want to vent, please check with us. We will seek to keep everything in perspective.

As for what you do now: Go about your lives, be happy, and make money.

In any business, the very fact that clients are being charged makes them naturally wonder if the company is simply Read more

In my previous article, we discussed structural capital. Today, let's take a look at another equally important piece of intellectual Read more