DO YOU HAVE A “WEIRD” BUSINESS STRATEGY? IF NOT, NOW IS THE TIME TO GET ONE! 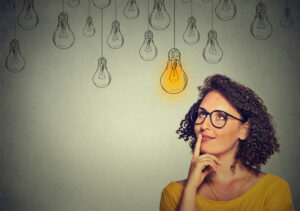 I’ve written about this before in bits and pieces, but today, I decided to sit down and organize my thoughts on “weirdness.”

I think that one of the best strategies for building a future for your company and secure your intellectual capital is to embrace “the weird.”

You see, it’s not sameness that makes us success. It’s doing something different and being different. If you want to stand out, you cannot be doing the same safe things as everyone else. You have to know different stuff. You have to look at things through a different lens and connect the dots in a way that has never been done before.

You have to have something special, unique, and weird.

Doing this requires you to package together different pieces of intellectual capital in a way that has never been done before. When Uber packaged technology with passenger services, it created something new, innovative, and, well…weird. And it worked.

Your business will be more successful if you can create something innovative and novel, or if you can package your service in a way that is unique. So how do you do this? I have three ideas:

1.  Take stock of the quirky, odd-ball bits of knowledge, skills, expertise, and backgrounds that the people within your organization have.

The truth is: by definition, things that are weird are unusual. If you want to do something new and weird, then, you have to consider how unusual pieces seemingly disparate knowledge can be combined together.

A while back, I had lunch with a friend of mine who recently started dating a new man. She remarked on his extensive knowledge of foreign files and television shows: Japanese anime, Korean action, French indies.

While the rest of us know the ordinary American stuff—The Office, Game of Thrones, Speilberg—his knowledge is more eclectic.

My friend noted that it makes him more interesting. He is a screenwriter, and because he has studied so many different styles of film, he is more creative than the average screenwriter familiar with only American films and television. He sees the world a little bit different as a result.

This is a perfect example of what I wrote earlier: It isn’t sameness that makes us success. It is being different, unique, eclectic, and weird.

Is there something that you have always wanted to do that is weird? If so, learn it. It might seem irrelevant, but guess what? Elon Musk would disagree.

I read an article a while back about Elon Musk’s incredible success. The article noted that conventional wisdom says that in order to become an expert, we should focus on just one thing and go deep. Yet, Elon Musk seems to be an expert in many fields: He’s a rocket scientist, and he’s also working on solving Los Angeles’s traffic congestion. He is also the founder of a school.

In other words, he connects seemingly disparate pieces of knowledge. So that “weird thing” that seems irrelevant? It might end up being your key to success.

The people you know best and who are deeply embedded in your social circle most likely have a lot in common with you. You already know the people they know, and you already have shared many ideas.

You can grow the most from new people with backgrounds unlike yours who can introduce you to new ideas. Different and “weird” people will challenge you, allow you to see the world from a new perspective, and they will encourage you to grow and change into something new. And this is good …

Newness is where innovation occurs.

In any business, the very fact that clients are being charged makes them naturally wonder if the company is simply Read more

In my previous article, we discussed structural capital. Today, let's take a look at another equally important piece of intellectual Read more